Have you ever looked at your favorite handbag and wondered where the leather came from? If so, you’re not alone. People are more conscious than ever of how their bags are made. The leather sourced for handbags could come from one or more of several sources.

Genuine leather for handbags is made from the hide of any of the following animals:

The hides used for leather handbags are often by-products from meat and dairy factories. Synthetic leather is made from synthetic and natural fibers covered by a plastic coating.

There’s a lot more to know about where handbag leather comes from. In this article, we’ll delve into the handbag-making process, whether animals are killed for leather handbags, and more. If you’re interested in that, then keep on reading!

How Are Leather Bags Made?

Making leather is a very time-intensive process with a ton of steps, which is why real leather handbags are so expensive. The following sections will take you through all of the steps of making a leather bag:

Obtain and Inspect the Hide

The hide is taken from a cow that has been killed for its meat or its inability to produce milk. Other animal hides are obtained either in the same manner or killed specifically for leather-making. The hide must be fresh, as decomposing hides are not suitable for leather.

The hide is inspected for burn marks and holes from branding and insect bites. Young cows who have not been through much abuse provide a higher yield than older cows who were abused while alive. A good hide will produce up to 90% yield, while a not-so-good hide will provide about 60% yield. The higher the yield, the better.

The quality of the hide will also depend on what the animal was fed. The hide of a cow that was fed an unhealthy diet or has been pumped with growth hormone will not produce a quality hide.

Prepare and Salt the Hide

After the hide has been inspected and deemed fit for use, the hide needs to be prepared for the next steps. To prepare the hide, workers need to remove the skin from the hide and then the flesh. A properly prepared hide will appear white and relatively blemish-free.

The clean hide will then be preserved with salt or a salt brine. This step is done to stop the decomposition process. A sprinkle of salt will not do- a thick layer of salt is necessary for proper preservation. After the hide is salted, it is ready for storage as it awaits processing.

Remove the Hair and Soften the Hide

The next step in processing hide for leather is hair removal. Leather is not able to be used if it’s still hairy. The hair is removed by soaking the hide in calcium oxide for an extended amount of time – anywhere from 24 to 48 hours. This process of hair removal is also called liming. For leather-makers that don’t want to use this chemical, the hair can also be removed by hand.

The chemical not only gets rid of the hair, but it also makes the hide softer to the touch. The liming process is preferred to manual hair removal because of its dual purpose.

Fleshing and Splitting the Hide

By this point, the hide will have swelled considerably and can be cut into multiple layers. In this step, a leatherworker used a specialized blade to cut away any excess flesh. If the leather is being made in a factory, the hide is put on a beam, and the machine does all of the slicing.

After the excess flesh is trimmed from the hide, it is split into two layers with the precision of a sophisticated machine. The top layer of the hide will be used for the highest quality leather, while the bottom half will be used for other types of leather, like suede.

To prepare the hides for tanning, they must go through the pickling process. In this process, the hides are treated with several chemicals to do the following:

One of the most substantial steps involved in making leather is the tanning process. There are several types of methods used to tan hides, and the one chosen will depend on the desired leather finish.

Tanning can be done with one or more of the following methods:

To tan, the hides and a tanning solution are placed into a tanning drum that spins to apply the solution to the hide.

The tanning method that is used for handbags will depend on the leather finishes that make up the bag. For instance, a bag can be made of leather that was tanned using both the chrome tanning and synthetic tanning methods. After tanning, any extra moisture will need to be removed.

Leather may be tanned more than once to get the desired look and feel.

After the leather is sufficiently tanned, it’s time to dry it. It can be dried either by air-drying or vacuuming. Dry leather is then ready to be dyed and cut into predetermined shapes. The handbag is then assembled and sewn together.

After that, you are ready to load it up with whatever you need or desire. Even the Queen has some fun things in her handbag. Find out what does Queen Elizabeth carry in her handbag in that article.

Are Cows Killed Just for Leather?

Unfortunately, cows may be killed just for leather. Many companies say that they get their hides from cows that were recently killed for their meat or euthanized for no longer being useful for milk. However, many sources state that cows are, in fact, killed just for their skin. Peta states that some unlucky cows are skinned alive and die slowly as their skin is cut away.

Some companies are only motivated by money, prompting secrecy when it comes to where their leather actually comes from. For this reason, even when a company promises that they don’t kill animals for their skin, it’s impossible to trust them.

Can Leather Be Made Without Killing Animals?

There is a way to make genuine, real leather without killing animals, and it is called biofab leather. The leather can be made with animal tissue that has been grown in a lab. This technology is still largely unexplored but can be potentially world-changing.

However, humanmade leather is an alternative to natural leather that is made without killing animals. Animal-conscious people love synthetic leather because it imitates the real thing without bringing harm to animals. What synthetic leather lacks in quality is nothing compared to the satisfaction of taking a stand against the mistreatment of animals.

Synthetic leather is made of synthetic materials that mimic the feel and look of traditional leather. However, there are some disadvantages to using faux leather:

Genuine leather is not made without killing animals. The hide of an animal must be processed to create the leather that we have become accustomed to. When you purchase a genuine leather bag, you’re taking a chance on supporting inhumane animal treatment.

What's the Name Of Fake Leather?

By this point in the article, you probably don’t want to use real leather, and though we don’t judge, we don’t blame you! If you want to avoid real leather, you can go the humanmade route and ask for the following:

When shopping for synthetic leather handbags, use one of the above terms to let the shop owner, or representative, know that you don’t want real leather.

Real leather is water-resistant, but only to a point. Water and leather do not mix well because, when the leather becomes waterlogged, it can absorb some of the water. When the leather dries again, it can lose its original texture. If you have a leather bag with water damage, you may notice cracks where the water was.

Not only that, if the leather is allowed to stay wet too long, it can begin to show signs of rot.

While real leather is not very water-resistant, fake leather is, in most cases. Since faux leather is impermeable, water rolls right off of it. This is one of the best parts of wearing a faux leather bag. If you get caught in the rain, you don’t have to worry about your bag getting ruined.

Not only are faux leather bags water-resistant, but they are also waterproof. The outside of a faux leather purse can be totally submerged in a body of water without any damage. The same cannot be said about real leather.

Now you know the process that animal hides go through to make a leather handbag. You also know how some cows (and other animals) suffer and die for leather, and you’ve learned about some leather alternatives. We hope that this article serves as a helpful guide to you as you seek out information about leather. We hope that you’ll match your handbag with your outfit as well.

(No matter if you decide to go for a leather handbag or an alternate, you’ll need some handbag charms to go with it.

Can a Fashion Designer Become a Model?

The 7 Best Shoes to Wear with Skinny Jeans

What Does an Interior Designer Do?

What Is Hands Down The Best Fashion Magazine?

Seven Things to Wear with Sweaters as a Woman

5 Trendy Tips to Helping You Start a Fashion Business 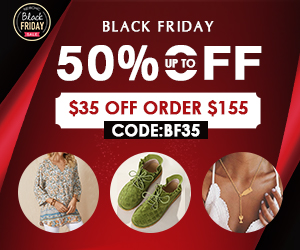 Can a Fashion Designer Become a Model?